Did you know that there is an international project in progress at the South Pole to observe neutrinos falling from outer space? The only Japanese group participating in this project is a group from ICEHAP at Chiba University. Assistant Professor Keiichi Mase aims to detect "neutrinos from the highest energy cosmic rays". He recently developed a new antenna that is essential to the project, which is scheduled to test in the winter of 2016 at the South Pole (summer at the site). What kind of research is it? What would it entail for all mankind? We interviewed Keiichi Mase himself about the project.

Speaking of neutrinos, what comes to mind is the Nobel Prize in Physics. 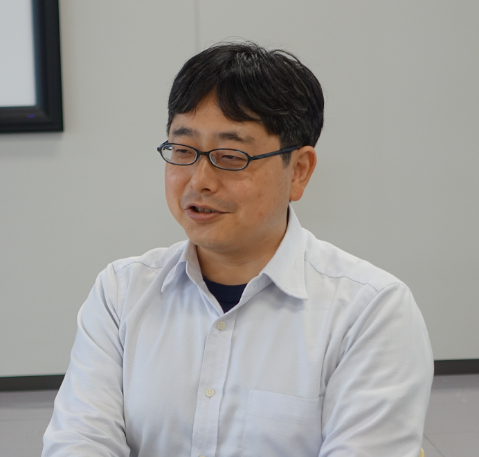 In 2015, Prof. Takaaki Kajita from the University of Tokyo was awarded the Nobel Prize in Physics for his Neutrino Oscillation Experiment using the Super-Kamiokande experimental facility. At its predecessor, the Kamiokande experimental facility, Prof. Masatoshi Koshiba succeeded in being the first to detect cosmic neutrinos and also received the Nobel Prize as well. We are also interested in capturing neutrinos from outer space, but what we really want to detect is the neutrinos from the highest energy cosmic rays, rays so high that even our current equipment would have difficulties observing them.
Neutrinos are thought to be produced by high-energy phenomena such as supernova, and are the most abundant particles in the Universe. Every second, we are exposed to about one trillion neutrino particles. Observing these particles, however, is not easy. Neutrinos are tiny particles that carry no electric charge and rarely react with matter, causing them to pass through our bodies and even the Earth.
Although observation might be difficult, this characteristic of not reacting with matter is the key to our research. Light, or charged particles such as protons and electrons, tend to be absorbed when reacting with intervening matter before it reaches the Earth from its source, or to be deflected by magnetic fields so that we can't tell where it came from. However, neutrinos pass through matter very easily from the far ends of outer space, reaching our location. They contain information related to the evolution of the Universe.

IceCube Collaboration, a project that started at the South Pole

An international project to measure neutrinos has been started at the South Pole, and your research lab is taking part in it. Please give us an overview of this collaboration.

This project started about 10 years ago and was named the IceCube Collaboration. It consists of 12 nations, 48 organizations and about 300 scientists. The observation method is pretty straightforward. By digging a hole in the South Pole's ice and deploying highly sensitive photo-sensors, digital light modules, etc., we are able to observe neutrinos. Though I said that neutrinos rarely react with materials, they sometimes interact and the produced secondary particles do emit a small glow of light when passing through a medium. We observe this small glow of emitted light, which is known as Čerenkov radiation. For IceCube, the large volume of ice at the South Pole is being used as the medium. The medium for Super-Kamiokande is pure water, but the basic idea is the same.

So the ice itself at the South Pole is part of the observation equipment?

Yes, the ice is the medium which makes the IceCube observatory to its scale. The volume of the medium (ice) is 1km3, which is 20,000 times larger than Super-Kamiokande's medium. Another advantage of IceCube is being able to conduct different kinds of research. An international project does not necessarily mean that everyone is conducting the same kind of research. All of us are gathered, but each research organization has its own research theme, such as the dark matter of the Universe or a study of the characteristics of the neutrinos themselves.

Please tell us more about your research theme.

I want to investigate the origin of the cosmic rays with the highest energy. Each particle of the interest coming from outer space has a high kinetic energy of about 1020eV (electron volt), which approximately equals the energy of a tennis ball served by a professional tennis player. The particle must have been created somewhere in outer space and we are conducting this research because we believe that cosmic rays could definitely tell us something about how the Universe has been evolved.

At an international conference in 2012, our group from Chiba University announced its success in detecting a 1015eV neutrino during the IceCube project. It was the first time in the world that one has proven the existence of a theoretically predicted high-energy neutrino. This may be worth a Nobel Prize. But what we are truly looking for is a particle with an even higher energy, and we will do whatever it takes to detect it.

Why is it difficult to detect high-energy neutrinos?

Compared to other neutrinos, the number of high-energy neutrinos flying to the Earth is extremely small. Though IceCube is 1km3 in volume, the rate to detect the particle with the amount of energy we want to detect reaching IceCube will only be about once every year. So in addition to the sheer difficulty of detecting such a particle, it also takes a great deal of time.

To tackle these problems, over the past five years several research institutes have joined forces to design a piece of next-generation detection equipment, the ARA, or Askaryan Radio Array. About 50 researchers who are interested in highest energy cosmic rays have participated in this project.

▲ A panoramic view of the ARA area

Please explain the difference between IceCube and ARA. 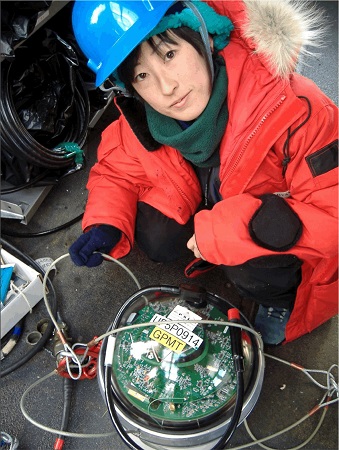 The effective volume of ARA's detection equipment is about 10 times that of IceCube's. This increases the probability of the desired particle landing on the detector by 10 times. While IceCube captures light, the ARA captures the small radio waves emitted when the neutrinos interact with matter. This is a unique detection method that is different from the multi-purpose IceCube. It can't be used for anything except detecting high-energy neutrinos, but radio waves have their own advantages. Light attenuates in ice and will diminish completely at about 100m. Therefore, in the IceCube project, the detectors must be placed within 100m intervals. The attenuation length for radio waves is 10 times longer, so that we can deploy our sensors with an interval of 1km. Moreover, signals get higher due to an interference so called the Askaryan effect.

Due to the enormous scale of the facility, it is impossible to ignore the problem of costs. When I requested KOZO KEIKAKU ENGINEERING Inc. (KKE) for an analysis of the antenna design, it began with the necessity of reducing the construction costs.

Reducing antenna installation costs to a tenth by downsizing the antenna ~XFdtd, widely used by researchers in the US~

When installing the detectors, a large amount of boiling water was used to melt the ice at the South Pole for the IceCube construction, and the cost was enormous. For the IceCube project, this required digging multiple holes as deep as 2.5km, and each hole cost about 500,000 dollars. For the construction phase of the ARA, the cost of digging these holes became a bottleneck. This led to the emergence of an idea to reduce the size of the hole. The ARA antennas were originally designed to fit 15 cm diameter holes, but there were discussions about reducing the diameter to about 10 cm. To do that, though, the antenna would need to match the size of the hole and be even thinner. Therefore, we asked KKE to perform an analysis to find the optimal antenna design. 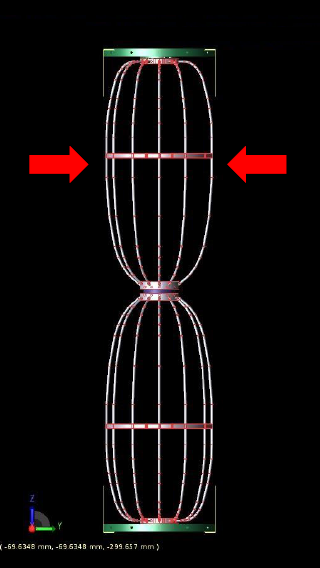 ▲ Image of the antenna (Vpol) before optimization. KKE simulated and optimized several parameters, such as the antenna diameter, the length and the element diameter.

Unless we precisely understand the performance of the antenna, we can't tell from the behavior of the antenna that neutrinos are being detected. To achieve this, we were using electromagnetic field simulation software (XFdtd) to assess the performance of the antenna and then compared the results with the obtained data. Being familiar with the software, it seemed that it should be possible to use XFdtd by ourselves to make the antenna even thinner, but we were not experts on radio waves at that time. When we were looking for help, one of our experts advised that KKE might be able to do the job.

In January 2016, we started to seek the possibility to reduce the diameter of the holes, and the request to help design a miniaturized antenna was passed on to KKE. Because of the severe cold at the South Pole, outdoor work can be done only during the summer. Therefore, I planned to send the finished product to the site by October 2016. Looking at the schedule backward, the antenna design had to be finalized by March 2016. In addition to the need for professionals in the radio wave field, this tight schedule was another reason why we needed support from KKE. When I think back on this, I know I made the right choice. 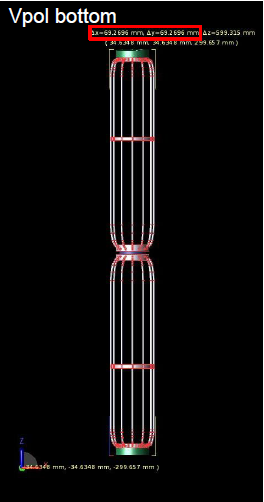 ▲ The final model of the Vpol antenna designed by KKE. The diameter was reduced to 6.93cm. 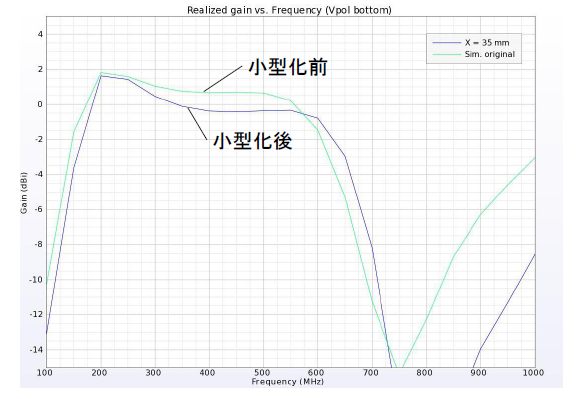 ▲ This graph indicates that the design change doesn't affect the gain.

It might sound simple to miniaturize an antenna, but simply reducing the size without changing the scale will not maintain performance. Thankfully, KKE met our expectation with regards to know-how. Every week, I would receive a situation report updating me on every step made and clearing my doubts if there were any. It was a relief to know that everything was being well-taken care of by KKE.

Expectations: Research that would lead to information about the origin of the highest energy cosmic rays

It is surprising that a physicist like yourself would be deeply involved in the fabrication of observation equipment.

There are two types of physicists; experimental and theoretical. The former engage in experiments of their liking by devising their own laboratory equipment. I'm this type of physicist, hence my laboratory is full of hand-made machines. I feel that most Japanese are better at experiments.
Currently, manufacturers are constructing the new antennas based on the three-dimensional CAD data and other extensive data. They are expected to be completed in August 2016. Once they are done, we will recalibrate them before sending them to the South Pole. This year will be my first time visiting the work site, so I'm looking forward to making the measurements. 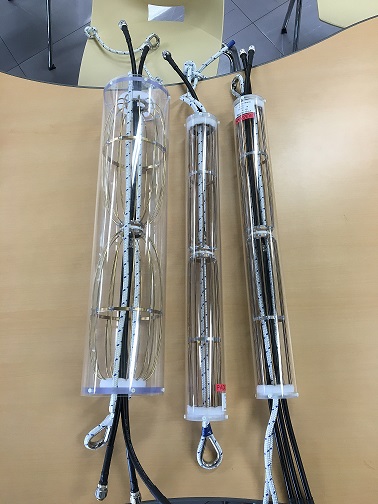 Chiba University is the only Japanese participant in this South Pole project. Does that mean that there are high expectations from the University regarding the research?

Yes, there are. Chiba University is actually putting more serious thought into astrophysics. In 2012, the International Center for Hadron Astrophysics was inaugurated as an affiliated organization in the Graduate School of Science. There are divisions, such as the Division of Neutrino Astronomy, of which I am a part, and the Division of Plasma Astrophysics, which engages in theory simulation studies of celestial activity. 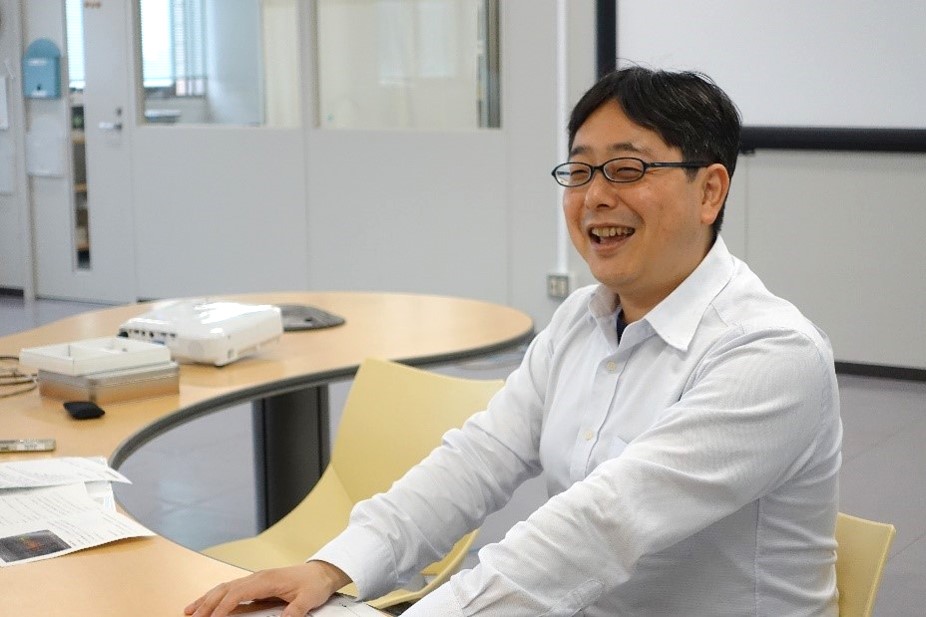 These two divisions are working in collaboration to elucidate the origin of the highest energy cosmic rays. Because of our achievements at the South Pole, our presence has been growing globally. I would like to discover neutrinos from the highest energy cosmic rays as soon as possible, and fascinate the world. If we discover even one particle, I think it will open the doors to more new research.

Finally, do you have any specific expectations for KKE?

As I mentioned earlier, I am fully satisfied with the support from KKE. After dealing with antennas for the first time, I think this field is time-consuming and costly. We will continue to use XFdtd, and there may be future requests depending on the progress of the research. If that happens, I hope to receive support from KKE that is just as good as it was this time. 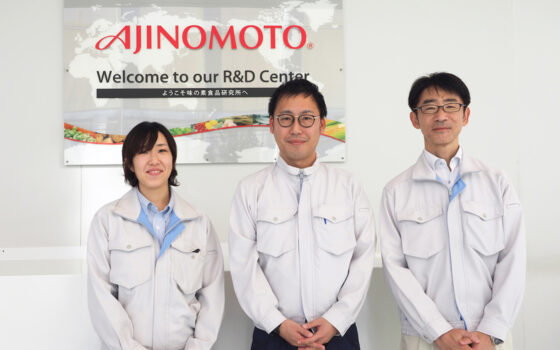 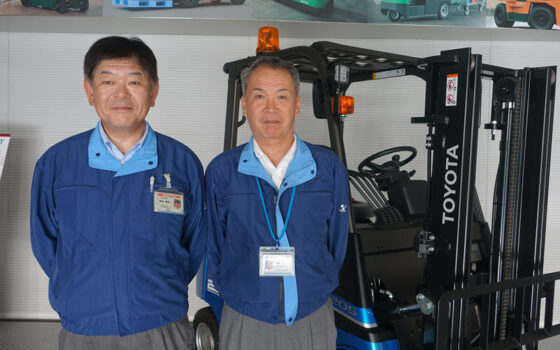 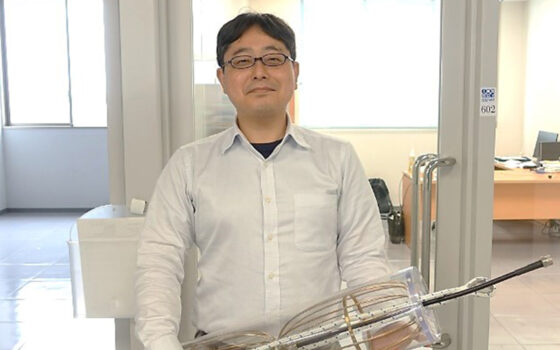 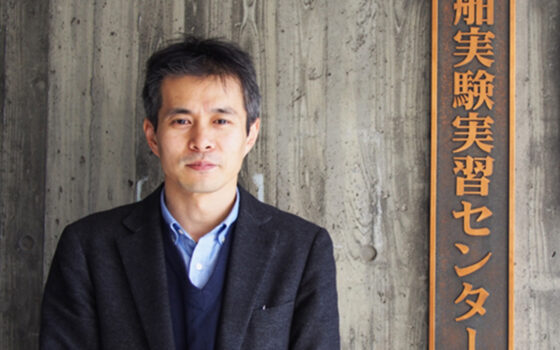 Tokyo University of Marine Science and Technology
Back to the list